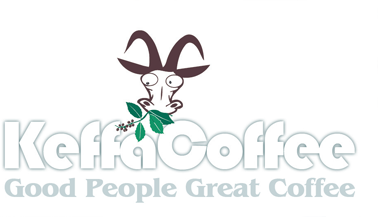 Keffa Coffee, LLC is importers of specialty-grade Ethiopian coffee, headquartered near the Port of Baltimore. We are proud to offer the most extraordinary and unique selection of Ethiopian coffees. With our strong commitment to sustainability, transparency, and the improvement of farmer livelihoods, our business focuses on the needs of our partners--specialty growers at origin and roasters in the United States who share our commitment and our passion for great coffee. Keffa coffee, LLC is a member of specialty coffee association of America (SCAA), Rosters Guild, Certified Q-Grader and 2nd place winner of 2011 and 2013 United States Cup testers championship!

Owner Samuel Demisse had been in the coffee business for over 20 years and formed Keffa Coffee in 2003. Samuel first came to the SBDC Center for assistance in November of 2008. The business’ growth was severely challenged by lack of corridor and the company’s growth strategy had not yet been captured in a business plan. The company’s website was not enabling the company to reach its full marketing potential.

Samuel had grown up in the coffee growing region of Ethiopia and spent many years in the supply side of the business. After settling in the United States he had retained contacts with growers back in Ethiopia, who each year made the finest raw coffee from the harvest available to Samuel and Keffa. As an international business, Keffa was subject to Ethiopia’s regulations that required full payment for shipments prior to the shipment leaving the country. Because the cost of each coffee bean shipment container was between $70,000 and $80,000 the company’s sales were limited by its ability to fund shipments. Despite growing demand from its U.S. customers and from its new customers in Asia, Canada and Europe, the company could only sell as much product as it could purchase. The company was selling nearly the entire containers of coffee while they were still in transit from Africa. Demand for the fine varieties of coffee from Keffa was steadily growing with customers also demanding additional varieties from Keffa. By 2008, Keffa was at the point where sales growth required both additional financial resources and additional online marketing support. The company also required a more substantial infrastructure in order to support its growth plans.

The SBTDC introduced Mr. Demisse to Towson Global Incubator Clay Hickson who accepted the company as a resident business. This provided the business with a corporate office suitable for its business operations and for customer meetings as well as other business support. In its second year as a resident business, Keffa added a coffee laboratory that greatly enhanced its promotional abilities to both new and existing clients. During its 5-year term as a resident of the incubator Keffa became a showpiece for the incubator as its top-performing business in residence. Today, by virtue of its strong financial position, Keffa has moved into a new permanent office location that is complete with state-of-the-art coffee laboratory facilities.

The difficult 2008-2010 business borrowing environment presented many challenges for Keffa and its owner. Besides the restrictions posed by increased loan underwriting standards, Keffa’s business model was not very attractive to traditional banking sources. Keffa required cash payment for shipments prior to their loading onto the shipping vessels. With the prospect of their loan collateral being located at the port of Djibouti and then being “on the water” for three weeks, traditional banks declined Keffa’s loan applications despite the company’s growing financial strength and growing demand for its products both domestically and internationally.

The SBTDC introduced Keffa ownership to an alternative lending source that funded the coffee containers. This enabled Keffa to purchase a shipping container of coffee, while a second was on the water, and a third of mainly pre-sales was in Keffa’s warehouse. This represented the beginnings of a much more complete supply chain. By the second year of the relationship with the alternate lender, the lender began financing two containers at a time which allowed Keffa to free up its cash resources to expand its product line with other varieties of coffee, to expand its marketing campaigns and to present at additional industry shows.

Today, Keffa Coffee has become bankable with a revolving line of credit at a traditional commercial bank at greatly reduced financing costs. The company has hired additional full-time staff and has an extremely strong online presence. After some initial assistance developing an online presence, Samuel has developed an exemplary Facebook page for the business with a loyal and growing community of over 1,000 friends. The company’s sales when it first received assistance from the SBTDC were in the $50,000 range annually. Within the next 40 months Keffa’s sales grew nearly 30-fold. Today, sales continue to grow 50% per year and the company’s future prospects are very strong. The company now derives over 30% of its sales from re-exporting to Canada, Japan and Europe. Mr. Demisse recognizes the SBTDC’s assistance as a major contributing factor to the sustained growth of his business.

If you are planning to start or even thinking of starting this will assess your readiness.

If you are already in business this assessment will help us determine your needs.